Memorial Day and the Rising Gorge: More than I Can Take

Our Boys are not making sacrifices for America. They are being sacrificed, used to promote the interests of Big Oil, Israel, the Neocons to the extent that there is a difference, the arms industry, and the imperialists. They are certainly not defending America, which is in no danger at all from Iraq, Iran, Somalia, Afghanistan, or the rest. Do you wake up shuddering in fear of attack by Yemen?

Read this carefully and take it to heart. Old Fred knows of what he writes–been there, done that. It will help you understand why some of us are reluctant to accept “thanks” for our “service.” I didn’t do anything that any decent person could possibly be thankful for. I did a lot of things that we all should be ashamed of.

And in addition, saying (or hearing) “Happy Memorial Day” puts a knot in my stomach. There is nothing “happy” about Memorial Day. — jtl, 419

by Fred Reed via Fred on Everything

Guanajuato. I gather I should have thanked Our Boys for their service to the exceptional nation. I will pass. My tolerance for nauseating twaddle has diminished with the years.

To begin with, “Our Boys,” so affectionately denominated, are not our boys but suckers of the ruling rich. Think not? Think again. Ending the draft protected the sons of the well-off from military service and the military from anti-war movements. If you draft the moneyed elegants of Princeton, you get resistance. Instead the oligarchs send the expendable children of the lower orders. Who volunteer.

Further, the soldiers are not heroes but mercenary killers morally indistinguishable from hitmen for the Mafia. A kid joins the military, perhaps never having heard of the Pentagon’s next target country–Iraq, Vietnam, Iran, Afghanistan, wherever. It doesn’t matter. They are just countries.

Then one day come orders from Washington to go kill people in the country du jour. The kid does it. He doesn’t know the people he kills, who have done nothing to him and threaten neither him nor the United States. If ordered, he would as readily attack Switzerland–or Americans.

Guido and Vito. You tell me the difference.

“Our Boys” are not patriots. A recruit signs up because he needs a job, or from boredom, or thinks being a soldier might get him laid in Asia, or wants college money, or to prove himself. Patriotism is an aftermarket bolt-on. It can get you free drinks in a lot of bars. Especially if you have a wound. Wounds usually come from bad luck or incompetence, but you can peddle them for drinks.

The public, middle class and up, does not “support the troops.” The majority do not serve, do not know anyone who does, and avoids soldiers as sex-crazed riffraff. Which is not too far off the mark.

I grew up aboard Dahlgren Naval Proving Ground, a naval weapons-development base on the Potomac in Virginia. The daughters of the mathematicians, physicists, and officers were strongly discouraged from dating sailors. They were, though no one quite said it, dirt. Can you imagine Ivanka Trump going out with an enlisted Marine? To Billy Bob’s Rib Pit?

How many of those celebrating Our Boys at BreitbartNational Review  have  been to a Legion hall recently? Ever? Carried a rifle? Know what one is?

Our Boys are not making sacrifices for America. They are being sacrificed, used to promote the interests of Big Oil, Israel, the Neocons to the extent that there is a difference, the arms industry, and the imperialists. They are certainly not defending America, which is in no danger at all from Iraq, Iran, Somalia, Afghanistan, or the rest. Do you wake up shuddering in fear of attack by Yemen?

Our Boys do not fight because they want to but because we force them to. If they choose not to, they  are called “deserters” and “traitors” and face heavy jail time. A few men enjoy war and go back, tour after tour–I know several of these–but most, given the chance to come home without penalty, would be gone yesterday. If you don’t believe me, make them the offer and see what happens.

American soldiers are not good guys, decent people, armed Boy Scouts promoting democracy and policing the world to rid it of evil. They start as normal lower middle class kids, yes, no worse than anyone else, but training soon brings them around. They learn how to place a bayonet in an enemy’s kidneys so that the shock and agony will drop him. At least we did in Parris Island in the summer of ‘66. They learn how to take out a man’s face with a vertical butt stroke. Chiefly they lose the normal aversion to killing. All of this is necessary in soldiers. Our Boys.

The abandonment of all human decency is the soul of military culture, and a needed abandonment. A pilot bombing Baghdad knows that he is splattering people, that they have done nothing to him or his, that he is leaving children screaming at what is left of Mommy with funny things coming out of her middle and gurgling. He knows this because it is impossible not to know what five-hundred-pound bombs do. But he does it anyway. He doesn’t care. If he did, he wouldn’t do it.

In the age of PR, the military will speak of “surgical strikes” and “collateral damage.” Officers, who are liars and politicians, become angry if pressed on what they are really doing. They don’t care, at least don’t care enough, or they wouldn’t do it, but they know that disemboweled kids play badly with the public. That you see no photos of bleeding viscera in the media is a measure of the control of the press by those profiting from war.

Soldiers are evil. They don’t start that way, but the military changes them. If you read military history you will find that, from Joshua to yesterday, armies have butchered whole cities, looted, raped, burned, tortured. It is what armies do. Dresden, Hamburg, Nanjing, Hiroshima. How can you not think this evil?

Having been trained to kill, they do. Seeing their friends die horribly after stepping on the mine, they come to hate the dinks, slopes, sand niggers, Krauts, gooks. Revenge has a powerful appeal. Seeing a lot of mutilated corpses, cartilage glistening white, produces numbness. Another dead gook. So what?

It happens easily. The day I arrived at the Amtrac compound at Danang in 1967, a VC had been killed the night before outside the wire. They brought him in, I don’t know why. He was lying on the ground, apparently having taken a full magazine of 7.62, arm almost cut off with bone sowing and flies crawling on open eyes going cloudy.

Several other Marines were taking turns holding his head up by the hair for trophy photographs. So what, I thought. He was dead. It wasn’t an atrocity. Just guys kidding around.

Our boys. Me included.

But atrocities happen, regularly. Some can’t be argued, such as Lt. Calley’s mass killing at My Lai. Many soldiers deny what they have done, or kid themselves. A pilot bombing a village because sniper rounds came out of it will see no atrocity.

Militaries today have learned to be sensitive about these things. They invariably are called “isolated incidents.” An isolated incident is business as usual that has been detected by the press. Countries insist that their soldiers don’t do the things every other army has done since the first human picked up a pointed stick. Germans will tell you about the “clean Wehrmacht.” Yeah.

Memorial day. Let’s hear it for Our Boys. 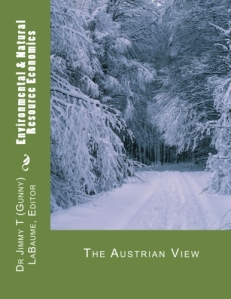 Land and Livestock International, Inc. is a leading agribusiness management firm providing a complete line of services to the range livestock industry. We believe that private property is the foundation of America. Private property and free markets go hand in hand—without property there is no freedom. We also believe that free markets, not government intervention, hold the key to natural resource conservation and environmental preservation. No government bureaucrat can (or will) understand and treat the land with as much respect as its owner. The bureaucrat simply does not have the same motives as does the owner of a capital interest in the property. Our specialty is the working livestock ranch simply because there are so many very good reasons for owning such a property. We provide educational, management and consulting services with a focus on ecologically and financially sustainable land management that will enhance natural processes (water and mineral cycles, energy flow and community dynamics) while enhancing profits and steadily building wealth.
View all posts by Land & Livestock Interntional, Inc. →
This entry was posted in Uncategorized, Warfare State and tagged War, warfare state. Bookmark the permalink.