Video: Why Secession is the Only Peaceful Path Forward for the USA

Posted on November 20, 2018 by Land & Livestock Interntional, Inc.
Secession of the states (as states) would be wonderful simply because it would be a step in the right direction with the ultimate goal being secession right down to the level of the individual household. — jtl, 419
3 minutes

By Joe Jarvis –  via thedailybell.com

We’ll get along better when we go our separate ways. It will be more peaceful when we’re not at each other’s throats trying to force our agenda. That’s why we need secession.

And all we basically need for that is to make sure that the federal government doesn’t come in guns blazing and say, “Nope. You’re gonna fund us whether you like it or not.”

I hope that in this day and age if there was popular support, they wouldn’t be able to do that.

In this video, I go into why the political climate would be better if states seceded. Competition between the states would give us real options to shop around for the best government. By voting with our feet, we could actually hold power over what kind of government we want… moving to a new state is easier than moving to a new country.

I give plenty of examples of the benefits of government competition, as well as when and where secession worked.

Let me know in the comments if you enjoyed hearing my thoughts in a video as opposed to the typical written article.

Articles referenced in the video:

Why These Five States Would Be Better Independent Countries

Forget Taxes: What if Estonia Made More Money Selling Services?

You don’t have to play by the rules of the corrupt politicians, manipulative media, and brainwashed peers. 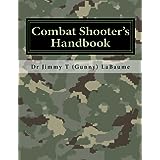 Land and Livestock International, Inc. is a leading agribusiness management firm providing a complete line of services to the range livestock industry. We believe that private property is the foundation of America. Private property and free markets go hand in hand—without property there is no freedom. We also believe that free markets, not government intervention, hold the key to natural resource conservation and environmental preservation. No government bureaucrat can (or will) understand and treat the land with as much respect as its owner. The bureaucrat simply does not have the same motives as does the owner of a capital interest in the property. Our specialty is the working livestock ranch simply because there are so many very good reasons for owning such a property. We provide educational, management and consulting services with a focus on ecologically and financially sustainable land management that will enhance natural processes (water and mineral cycles, energy flow and community dynamics) while enhancing profits and steadily building wealth.
View all posts by Land & Livestock Interntional, Inc. →
This entry was posted in Secession, Uncategorized and tagged Secession, states rights. Bookmark the permalink.

2 Responses to Video: Why Secession is the Only Peaceful Path Forward for the USA