Incoherent Thoughts From the Yankee Capital

…PC women still boil over his “Grab’em by the pussy” remarks. Not only did Trump say it–aaagh!–but he got away with it, more aaaaagh!, and didn’t apologize. This earned him points with Flyover People sick of the media and their endless press. It did not go down well in the Bubble…what he obviously meant was that when you are very rich, getting laid is easy… People use what they have to get what they want… The women had sex, and Trump had a private jet and penthouse in Paris.

Just as any self-respecting Deplorable from Flyover Country knows and could care less what the MSM has to say about it. — jtl, 419

By Fred Reed  via LewRockwell.com

Having just returned from two weeks in the curious environs of Washington, DC, I offer a few observations on the national lunacy deposit:

The de-Christianization of the country, or at least this part of it,  is almost complete. I can think of hearing the word “Christmas” only twice in two weeks of trough-inciting retail advertising.

Culture shock: We stayed with friends who for various reasons, such as being in the business, always had a television on. At home in Mexico we got rid of the lobotomy box some fifteen years ago, seeing little advantage in paying seventy dollars a month for 250 channels, none worth watching, adorned with twenty minutes an hour of stupid commercials. Coming back to this was like jumping into raw sewage. Perhaps the worst of it was the contempt for the public manifested in running the same ad twice in one commercial break, and in the loving close-ups of pizzas with dripping cheese. Buy, buy, buy.

An astonishing proportion of the hucksterism was for medicines. I assume all Americans are inured to such predatory swill (if swill can be predatory) but after a year off, it is awful:

“Ask your doctor about Caligulon. Clinical trials show that it will make you perfect in every way. Your eyeballs may explode, Peritonitis and asphyxiation sometimes occur. If you suffer heavy nasal bleeding stop taking Caligulon and consult your doctor. Gangrene of the genitals may occur….”

Gangrene of what was once occasionally honest journalism has certainly occurred. The hostility of the media to Trump was absolute. Having spent decades in the trenches with Washington’s scribblers I am hardly inclined to senior-civics fairy-tale expectations of truth. Still, this was something new. Rachel Maddow, railing against Trump. Some other panel show, railing against Trump. Another called Hardball, railing against Trump. Minor talking heads, headlets if you will, using highly prejudicial wording: Trumps wants to “gut” Obamacare.

It is a lynch mob. In two weeks I saw not the slightest attempt at impartiality.

The customary arrogance of the Beltway Bubble runs strong. The city seems isolated from the rest of existence. It talks to itself about itself and isn’t particularly aware of the rest of the world. (“The Bubble” is shorthand for New York, DC, and Hollywood, the tripartite beating heart of political correctness.)

The city obsesses over twaddle about Russian malignity, over who grabbed whose ass, and transgender bathrooms. I heard nothing of the roiling currents of growth and change in Asia, of the incipient onslaught of new Asian airliners, the BRI, and de-dollarization. The focus on trivia seemed almost adolescent.

A disdain for the rest of the country, nonexistent twenty years ago, now flourishes. It is virulent snobbishness of class and region. “Flyover land”  is the most common name for the rest of America. Hillary made the scorn explicit with her Deplorables, but it shows in casual conversation in which people here speak of Mississippi and Arkansas as “the middle of nowhere.”

This is a different country.

Curiously, despite the seething antipathy, Trump hasn’t done much that would not have been expected from any Republican. He engineered large tax breaks for the rich, reversed environmental regulations to benefit corporations, and growled about immigration while doing little. He is firmly in Israeli pockets, as any Republican would be. He appointed Bret Kavanaugh, a mildly conservative judge, to the Mini-Legislature of the Nine Cadavers. Whoopee do.

Yet he committed two serious Bubble sins. First, he humiliated the media, laughing at them, taunting them. He got elected while, and by, holding them in contempt. They will not forgive. Second, he threatened to have good relations with Russia, very dangerous to the Empire which needs an enemy. A primary rule of American politics is Never threaten the big rice bowls.

A wag once described DC as “a federal enclave surrounded on all four sides by reality.” Just so. It is one thing to think Trump a terrible President–I do–but quite another for the national media to have no idea why he was elected. So far as I can tell, none of PC Washington has the slightest idea. This certainly includes the media. Their thinking, if it quite is, comes down to, “They’re stupid. They’re ignorant. They’re racist. They’re sexist. They’re fascist. They’re…evil.”

This is reflexive honking and blowing used in response to anything the media don’t like. It should be a cell phone app.

Washington is fascinated by Washington, by Congress and the Supreme Court and some of the bureaucracy. It has little interest in the rest of the country or the rest of the world. Or knowledge of it. A friend familiar with the Congress bets that ninety percent of the Senate don’t know where Burma is. A member of Congress I know told me of going to Thailand with another member who kept confusing it with Taiwan. This is crazy. But it is Washington.

The city has become a Gotcha polity in which the media look for any actionable “gaffe” as they say, or a “slur,” and then pile on to the malefactor.  The preferred sins are racism, sexism, homophobia, anti-Semitism. The miscreant is expected to squirm like a puppy that has wet the rug, apologize profusely, and beg forgiveness. Trump didn’t. It galls the city.

For example, PC women still boil over his “Grab’em by the pussy” remarks. Not only did Trump say it–aaagh!–but he got away with it, more aaaaagh!, and didn’t apologize. This earned him points with Flyover People sick of the media and their endless press. It did not go down well in the Bubble.

The idea apparently accepted in Disney World North is that Trump would walk down the street in Manhattan, see a pretty woman, and…grab! But what he obviously meant was that when you are very rich, getting laid is easy.  Ask any rock star. It is one of the benefits of wealth. A billionaire with a known interest in sex will attract many, many women eager to provide it. People use what they have to get what they want. There is a confluence of interest between gropers and gropees.  The women had sex, and Trump had a private jet and penthouse in Paris. QED.

Here we have another example of the gap between the  Bubble and the country. The talking heads exultantly said that because of the groping comments the Donald had just lost any hope of election by insulting women. Which he only barely did, if at all. Yet fifty-three percent of white women voted for Trump. How could this be, wonder the Bubblists? 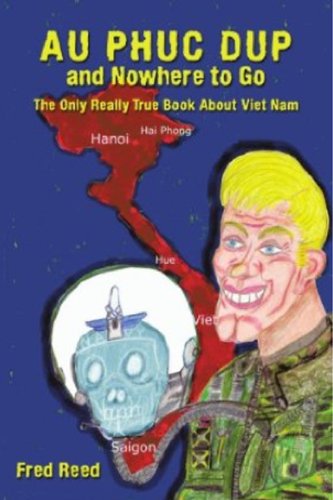 Easy. White women (outside the Bubble) are intelligent and independent agents who vote according to their politics, circumstances, needs, and beliefs. They did. Apparently, they thought immigration, the economy, jobs, education and so on more important than a couple of lines of dirty talk. Washington, huge on identity politics and political correctness, expected them to be herdable ninnies. Which it expects of most of the country. Well, they weren’t.

Finally, methinks the Byzantine Kindergarten has badly underestimated the influence of internet. Among the many intelligent people I know (a fair few, eeeeeek! supporters of trump) the Net has become primary, the media secondary. When the New York Times says something nauseatingly PC, well-informed rebuttals surge across the Web. People on the Net, not constrained by political correctness, can speak of the many topics forbidden in Washington. Sites like the Unz Review, however idiosyncratic and whatever their leanings, attract writers of high intelligence and great expertise, and appeal to similar readers. (In a bid for a place in the Hall of Fame of Linguistic Vandalism, I call this “distributed cognitive stratification.” Is that embarrassing or what?)

So much for political anthropology. I’m off for lunch at El Contenidor, which has great garlic shrimp and no blithering idiots. Ha.

America has some fifty-seven million residents of Latin-American descent, mostly citizens. Willy-nilly, they are part of America. Thinking that many Americans might want to know something about them, where they came from, what they do and have done, what manner of wights they be, the Occasional University will offer, occasionally, some glimpses. These necessarily will be selective and biased. Putting a continent and a half in a web page would be awkward. I hope that readers will find them interesting, and a remedy to the idea that Latin America is a series of wretched hellholes. 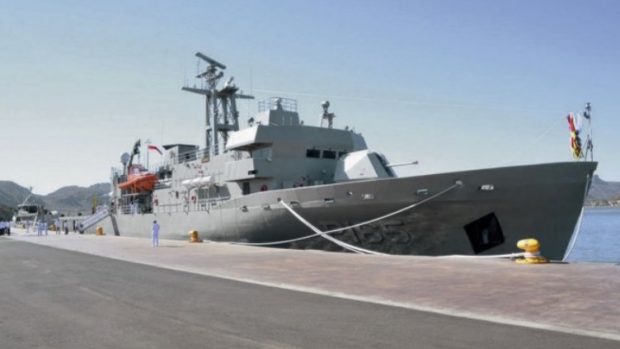 From   Jane’s,   perhaps the planet’s premier journal of serious military informative: “While designated as Oaxaca-class vessels, a type designed by the Mexican Navy, the new OPVs are actually improved derivatives of this class, featuring several modifications, including a bulbous bow and a BAE Systems Bofors Mk.3 57 mm main gun.”

Further saith Jane’s: “Constructed at the Naval Shipyard (ASTIMAR) N°20 in Salina Cruz, Oaxaca, Chiapas is the first of four OPVs that were ordered as part of the SEMAR 2013-2018 plan. The second, ARM Hidalgo (PO 166), has already been launched and is expected to be commissioned in 2017, while construction of the third ship has already started in Salina Cruz.”

The Best of Fred Reed

The Essence of Liberty Volume III: Liberty: A Universal Pvolitical Ethic. This is the volume that pulls it all together. With reference  to Hans-Hermann Hoppe’s description of Murray Rothbard’s work, it is a “unique contribution to the rediscovery of property and property rights as the common foundation of both economics and political philosophy, and the systematic reconstruction and conceptual integration of modern, marginalist economics and natural-law political philosophy into a unified moral science: libertarianism.” Available in both paperback and Kindle versions.

Land and Livestock International, Inc. is a leading agribusiness management firm providing a complete line of services to the range livestock industry. We believe that private property is the foundation of America. Private property and free markets go hand in hand—without property there is no freedom. We also believe that free markets, not government intervention, hold the key to natural resource conservation and environmental preservation. No government bureaucrat can (or will) understand and treat the land with as much respect as its owner. The bureaucrat simply does not have the same motives as does the owner of a capital interest in the property. Our specialty is the working livestock ranch simply because there are so many very good reasons for owning such a property. We provide educational, management and consulting services with a focus on ecologically and financially sustainable land management that will enhance natural processes (water and mineral cycles, energy flow and community dynamics) while enhancing profits and steadily building wealth.
View all posts by Land & Livestock Interntional, Inc. →
This entry was posted in Government Corruption, Uncategorized and tagged Government Corruption, Mainstream media, Trump. Bookmark the permalink.

1 Response to Incoherent Thoughts From the Yankee Capital